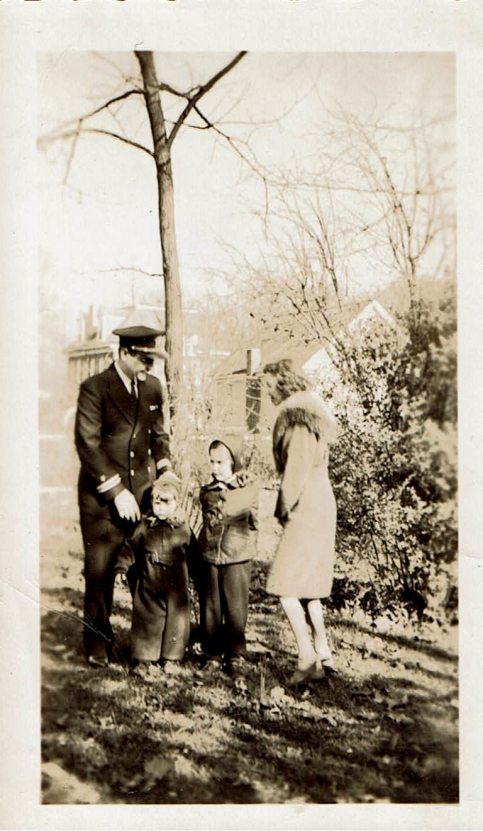 When I was a small child I lived in a town in South Jersey that I moved back to later as a young housewife. I was reminiscing about some aspects of the place to Harold this morning. He told me I should write an essay. Truly my experiences in Woodbury are worth a number of essays. The differences and similarities between the Woodbury of 1943 and the Woodbury of 1963 are worth talking about all by themselves.

Bad plumbing is the first thing that comes to mind. When I was little my family rented the first floor of Doctor and Mrs. Harney’s house on Woodland Avenue, a neighborhood respectable enough to please my mother. The Harneys lived upstairs. The household sewage would back up at inconvenient times and rise up in our bathtub, usually when my mother was about to give a party for the neighbors, or worse, for my father’s fellow naval officers. For some reason I thought it was my fault, because I had dropped some pebbles in a drain in the back yard. For weeks I lived with a crushing sense of guilt (did I mention I was going to Catholic school?) until I dreamed that I confessed everything to my mother and she spanked me. Children were spanked in the old days. That was life.

But bad drains were endemic to the town. Not my fault. Twenty years later my first husband and I rented a second-floor apartment where the landlords lived on the first floor. In a fit of go-go mod enthusiasm I painted the little bathroom in many shades of pink, from deep shocking to palest petal, and it was a sight to see. People remarked on it. To complete the effect I used to buy pink toilet paper until I noticed shreds of pink toilet paper appearing in the gutter out in front of the house. Whatever they used to do for sewage disposal in that town was not awfully effective. Nowadays you can’t even buy pink toilet paper, nor would you want to. It’s bad for the environment, you see.

The tap water, at least the delivery of the tap water, was as bad as the sewage. From time to time the pressure would fail and the water would run backward out of the pipes. Then the air in the pipes would compress. When you turned on the tap at the kitchen sink it would fire a charge of water strong enough to blast whatever you were holding underneath it right out of your hand, smashing it in the sink. And yet I kept forgetting. That’s why I only have three Wedgewood cups left out of the four that my Canadian aunts gave me for a wedding present, along with a teapot, cream pitcher, and sugar bowl, together with instructions on smuggling them all across the border.

One afternoon as I was washing my hair, lathering it all up nicely, the water pressure quit. Luckily I found the landlady at home downstairs when I knocked on her door in my bathrobe. Being on a lower level she had water, and she kindly rinsed my hair out for me in her bathroom sink. Neighbors should take care of each other. If you live in a place where the neighbors don’t take care of each other you should move.

And here I leave you, dripping but squeaky-clean. Perhaps I will continue this reminiscence next week.