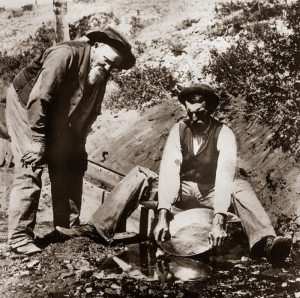 It’s been a month since I posted anything at all on a blog, and that was the Crime Writer’s Chronicle of worthy memory, now gone to the Great Blogosphere in the Sky. The first draft manuscript of my latest Work in Progress, the spy thriller FIREBOMB, is resting on a shelf while I forget about it for a week or two, not thinking about how weak the sex scene is or how the conflict between Brooks and Fehrenbach needs to be punched up. The Knowing Ones tell you to do this. Finish the book and then go back to it some time later with an eye so fresh you can’t even remember having written it. At that point the meaning of the work will suddenly become clear to you and you can polish it with renewed purpose, achieving a radiant sheen so smooth you can see your face in it.

Everybody wants to give you writing tips. There’s no lack of advice out there. Much of the advice is for sale. Writers are themselves an industry these days, the way gold miners were in 1849. When I do my docent thing at the James Wilson Marshall House here in Lambertville one of my favorite things is to tell the story of how Marshall found the very first piece of gold in California while building Sutter’s mill up in the hills. He and his friends were sworn to secrecy by John Sutter. They were allowed to dig up all the gold they wanted but forbidden to say where it came from. When one of them tried to spend nuggets at the general store in New Helvetia, the storekeeper followed him home to see where the diggings were. Then, rather than stake a claim himself and grab a shovel, the storekeeper built another store next to the diggings. He stocked it with all the shovels, picks, and pans for many miles around. Then he went to San Francisco.

“Gold has been found in Coloma!” he shouted, as he ran up and down the streets. Soon the town was emptied of able-bodied young men as gold fever drove them all up into the hills. When they reached Coloma the only mining tools to be found were for sale at the new store at five times what they ought to cost. But what was a fellow to do? They had to have them. And so the first significant fortune of the gold rush was made by the storekeeper. The rest of the gold rush went pretty much like that. The real money was in overalls, ten-dollar eggs, firearms, expensive shovels.

Having told this story, a tale of capitalism red in tooth and claw, I remind the museum-goers to let that be a lesson to them. When the boom comes, they don’t want to be down on their knees in the mud grubbing for occasional nuggets. They want to be selling supplies, liquor, and women to the poor mutts who are doing the work. That’s where the money is. And that’s where the money is in fiction writing these days. Computers. Word processing software. Courses in writing thrillers, mysteries, romance novels, or what have you. Expensive conferences where we get to meet an agent. Books on how to approach the agent. And all that stuff. Like the miners, we are here to be exploited.

Lest anyone try to jump my claim on these nuggets of wisdom, this piece (for what it’s worth) is copyrighted.